Recently, I had the privilege of hearing Waneek Horn-Miller speak at Start Up on the Hill.  wow. She is amazing. Waneek introduced herself in her First Nations name. Then she smiled as she said, “I come in peace.” The audience laughed with her as she explained that, as a Mohawk, it is part of her tradition to advise that she comes in peace.  I am ashamed to say that I did not get the joke. So my friend later explained that historically, the Mohawk Nation did not always come in peace.

Waneek came with energy passion and commitment.  At Start Up on the Hill, she was introduced as a survivor of the Oka Crisis of the 1990s.  Survivor?  There was little understanding of the Oka Crisis among myself and my friends at that time. It was the summer of 1990. Our newspapers were filled with the success of the Toronto Blue Jays who we all hoped would win the American League East.

But only hours away, Mohawks stood up to the Quebec government  against the planned new development and expansion of a golf course onto sacred land. The Kanestake  Mohawks built a barricade to stop access to their lands. The standoff became violent at times, including an incident when 14 year old Waneek was almost fatally stabbed by a soldier’s bayonet. Wow again. Waneek has consistently stood up for her beliefs.

And at Start Up on the Hill, the national conference to promote, support and encourage entrepreneurs in Canada, Waneek stands up again. As the Brand ambassador, Waneek explains why Manitobah Mukluks is completely aligned with her beliefs:

“We need everyone to have their basic needs met and given the faith that we can share in Canada’s success.”

Waneek is also a former Olympian who represented Canada at the 2000 Summer Olympics as a member of  the women’s Water Polo team. Waneek spoke about teamwork. On our team, we did not see colour, or ancestry, we only saw each other and we worked side by side for the success of our team.

Waneek brings this experience to Manitobah Mukluks. The dream of the company is to be the best in the world…walk with us. The challenge was to take on an ancient technology and evolve it into something that could be worn in the high fashion urban centres. There was push back from those who wanted to preserve the traditional ways. Focus was to respect tradition while meeting function, quality, comfort, fashion and being current.

The company respects people, our planet and profit.

I am proud that we are both Carleton University Alumni.

I am proud that we are both Canadian.

and yes I love my Manitobah Mukluks. 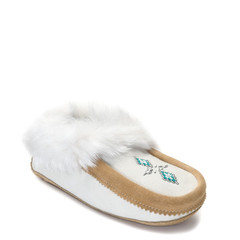 yours in Corporate Social Responsibility 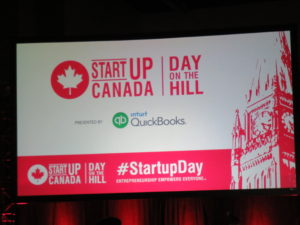 This entry was posted in Canada and tagged entrpreneur, Inspiration, Maniotobah Mukluks, Start Up on the Hill, Waneek Horn-Miller. Bookmark the permalink.